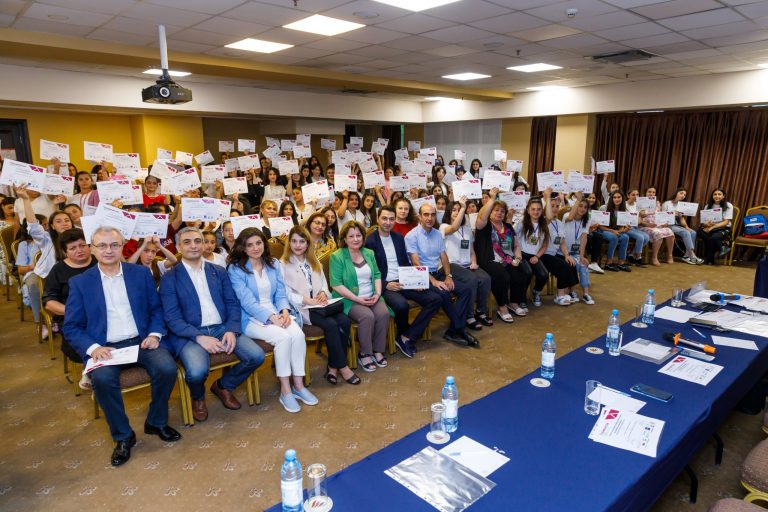 For the sixth year, the program “Girls-Technicians Armenia 2022” has been implemented with the support of the UEICT.
The program is the world’s largest technological entrepreneurship competition for girls aged 8-18: For 12 weeks, the girls learn to create mobile applications or artificial intelligence prototypes, solving their community problems:
This year, 464 schoolgirls and 109 mentors entered the program, 103 teams were formed, 67 teams reached the semifinals of Armenia, including 10 inclusive teams and 17 teams that used the artificial intelligence module:
On May 23, 25, 27, the teams participating in the contest “Tech girls in Armenia 2022” presented their mobile applications or artificial intelligence prototypes to the jury, as a result of which, as well as as a result of an online evaluation, the jury decided the winning teams. The teams that won the Armenian stage will take part in the international competition.